Secrets of Writing for Children 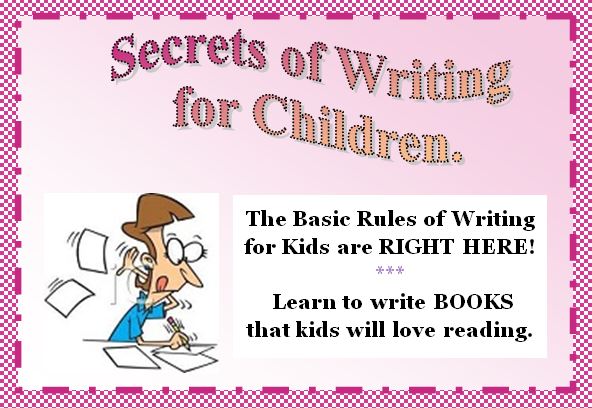 
"To Rhyme or Not to Rhyme" -
In the archives of SmartWriters Journal+
+ "Icing on the Cake" - on Dori's Website.

*These two articles are the perfect lessons on
how to write stories in rhyme and meter.

If you want to learn the secrets of writing rhyming picture books, read these two amazing articles by Dori Chaconas. Dori nails the subject. Her clear, precise information and instructive examples, make it seem easy. If you long to write great rhyme, studying and absorbing the wisdom in these two articles is for you. 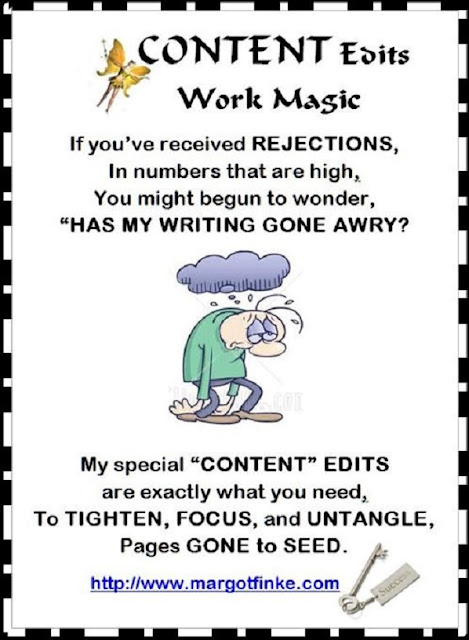 Use your "Find" application
to track down the troublesome words below.

TO THE: Often causes wordiness
*The door to the office.
*The office door.

BE--ING: Sometimes makes for longer, weaker sentences.
*I suppose I should be thanking you.
*I suppose I should thank you.
COULD: Determine if the sentence conveys the information without it.
*He could see her walking toward him.
*He saw her walking toward him.
*Even better: She walked toward him.
WOULD: Determine which sentence is stronger and if "would" is needed. Sometimes it is.
*Occasionally, he would catch her watching him.
*Occasionally, he caught her watching him.
THERE: Generally weak and should be removed when possible.
*If there are men that close--
*If men are that close--
SEEMED: Use only when you want to create an image of doubt.
*Harry's presence seemed to dominate the camp.
*Harry's presence dominated the camp.
WAS (and other linking verbs): Signals a possible weak sentence that can be punched up with a stronger action verb.
*His only fear was--
*He feared--
TO BE: Another example of wordiness.
*He needs to be scrubbing.
*He needs to scrub.
THAT: A word we all overuse; sometimes it's necessary, often it's not. Always try the sentence
without it and see if it means the same.
JUST: Another word we overuse. Try some of the synonyms like merely, only.

EXPOSE YOUR READERS to FABULOUS WORDS and NEW WORLDS.

All readers (editors & agents included) love to learn as they read. Whenever possible, place your action in a setting that treats your readers to a locale about which they know very little. A dairy farm, a secret intelligence agency, a coalmine, even another time in history. These are all settings that have the potential to transport readers to new worlds. It's no secret that the success of medical and legal thrillers is due in large part to their "settings" (we all love to learn about the inner workings of hospitals and courtrooms.) Readers love to learn, so choose settings that expand knowledge.

IN AND OUT SCENE-BUILDING
Keep things moving

Regardless of what type of manuscript you're writing, scenes that "drag" are the kiss of death. Often, dull scenes are the result of elaborate setups and wind-downs -- extra commentary before and after the critical event. You often hear successful authors and screenwriters quote the mantra, "In late, out early." This simply means that they open their scenes as late into the action as possible and close their scenes as early as possible (often before the action has even concluded.) If you have a scene that seems to drag, try trimming from the beginning and the end rather than the middle.

A SOLE DRAMATIC QUESTION
Build your foundation with a SINGLE brick

The best manuscripts have a single dramatic question: Will Ahab catch the whale? Will the Jackal kill his target? Will the young lawyer escape the corrupt law firm that hired him? The twists and turns in your novel can (and should!) be intricate, but your foundation needs to have a sole, central conflict around which all the action revolves. A good way to test your manuscript is to synopsize your plot in a single sentence. Can you do it?

Once you've researched the "specifics" of your novel, there is an overwhelming urge not to let any of it go to waste. Be careful. Long dry passages of description are a turnoff to readers and agents alike. Remember, we read novels to find out what happens to characters (if we want to read a five-page description of New Delhi, we buy a travel guide.) whenever possible, intersperse your factual description with action and dialog. Better yet, have your characters interacting with your description, that is, let your characters see, smell, and taste your specifics.

The 5 "C" RULES for WRITING
COMPELLING FICTION.
CHARACTERS: both you and the reader care about.
COMPLICATIONS: something happens: crises, conflict.
CHOICES: your character makes.
CONFLUENCE: tie it all together at the end.
CONCISE: make the writing tight and terrific
(don't waffle on about things that don't move the plot forward)


GOALS for YOUR FIRST CHAPTER

Establish your major character.
Focus on what is important.
Character's conflict -- make this clear.
Setting.
Set the time frame.
Hint at direction -- a good HOOK into the rest of YOUR book. 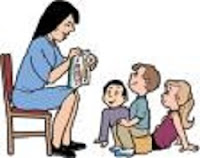 CONFLICT: The protagonist needs to be in conflict with something or someone for the story to grip a reader. Have some problem that bothers, or gnaws, or leads to trouble. The hero/heroine gets to solve the problem over the course of the story. The solving is the meat in your story.

DIALOGUE: Kids like realistic fast action dialog. It brings things up close and personal. Try for a good hook at the beginning of the story - in the first paragraph.

GET to the POINT of the story ASAP, because young kids have short attention spans. You will not hold their attention if the story wanders from the main point.

READ LOTS of  PICTURE BOOKS in the age you are planning to write. This will show you what publishers like and what kids read. Ask your librarian for guidance about what to choose.

A GOOD WAY to PLOT
a  PICTURE BOOK.

Something happens to someone
and
this leads to making a goal
and
that needs a plan of action
but
forces try to stop the protagonist
yet
he moves forward because there is a lot at stake
then
things get as bad as they can
and
he learns an important lesson
however
when he is offered the prize he had sought so hard, he has to
decide whether to take it on
thus
in making this final decision he satisfies a need created
by something in his past.

The Clock - The Crucible - The Contract.

We've all heard of the four C's of diamond buying, but writing suspenseful children's fiction has some C's of its own. Here are three elements that your favorite authors invariably employ in their manuscripts to infuse their stories with extra pace and tension.

** THE CLOCK: Placing your action in the shadow of a ticking clock. Nothing intensifies dramatic tension like time pressure.. a fixed window of opportunity after which all is lost. In some genres the time pressure literally can be a ticking bomb (a la James Bond), but more subtle ways exist to apply time pressure. Bridges of Madison County is a good example. In Bridges, the heroine must make a major life decision before her family returns from vacation in three days. (If she'd had the rest of her life to make the decision, the story would have been dull.) Time pressure forces your characters to take action.

** THE CRUCIBLE: Constraining your characters as you apply the heat. A crucible is defined in Webster's as "an enclosed vessel used for melting materials at high temperatures." Whenever possible, place your characters in a crucible. Lock them in to that when you turn up the heat, they do not have the option of running away. In other words, tie our characters' hands and force them to become resourceful in finding a solution to whatever challenges you put before them. Peter Benchley created a brilliant crucible for his characters in the final scene of Jaws. He placed them on a sinking boat... with the radio blown out... miles from shore... the shark closing in. Even if his characters wanted to run, they could not. They were constrained. The ocean was their crucible.

**THE CONTRACT:* Making promises to your reader, and then keeping them. Good writers create tension by filling the pages of their novels with "promises" to their readers. For example, if an author makes ominous mention of a loaded shotgun in the closet, the reader perceives this as a contract with the author: If I keep reading, that shotgun will be used. This promise serves as foreshadowing and creates tension. When will the gun be used? Against whom? Promises can work on more subtle levels too. By describing a gathering storm outside a character's window (and doing it in just the right way) you can promise your reader that tough times lay ahead for this poor soul. Again tension. Remember, though, once you make your reader a promise, you better deliver. 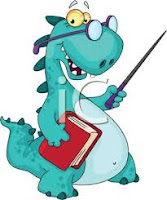 CHECKLIST for MIDGRADE
plus TWEEN.


1) SETTING:
Does my setting reveal a "new world" to my readers?
Does it have the potential to teach?

2) IN-AND-OUT SCENE BUILDING:
Do my scenes start late and end early? Does my plot keep moving?
Can I trim excess fat from lead-ins and wrap-ups?

3) DRAMATIC QUESTION:
Is the fundamental question driving the action a simple one?
Can my plot be summed up in a single sentence?

4) TENSION:
Do I employ the three C's? Do my characters exist in the shadow of a ticking clock?
Are they constrained by some sort of crucible? Do I make contracts with my reader...
and then follow through?

5) RESEARCH:
Do I know enough about my topic to write a manuscript filled with specifics?
What (specifically) will my reader learn?

6) WEAVING INFORMATION:
Is my background information "woven" into my story,
or does it occur in long blocks of description?

7) REVISION:
Have I reworked my manuscript many times? Have others read it
and offered criticism? Have I tightened dull scenes?
Have I seasoned the stew?

REVISION
The most fun of all

Somewhere along the way, revision got a bad reputation. Many aspiring writers dread reworking their manuscripts and therefore don't do it. Few of these writers will ever be published. Revision is not only absolutely crucial to the success of your manuscripts, but it can also be the most enjoyable part of writing.  However, before you begin, put your MS aside for a week or two. This "rest period" allows it to marinate. When you reread it later on,  with a fresh perspective, you will be surprised (shocked?) by the areas that need reworking or tightening.

When you are finally ready to revise, you have already done the bulk of the hard work. Your ideas are in place, and all that is left is reshuffling ideas, cutting superfluous chatter, trimming the fat, and making all your hard work shine. Revision is like seasoning a stew. . . savoring what works and spicing up what doesn't. Enjoy the process. Remember, while this manuscript is being published, you will be back writing page one of your next project.

EMAIL ME.
We  can chat about YOUR manuscript
and how to make it tight and terrific! 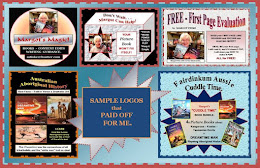 Let MARGOT Design a Logo for YOU that shows YOUR Goods and Services to Advantage!

READ SAMPLES from all 16x of Margot's Books. 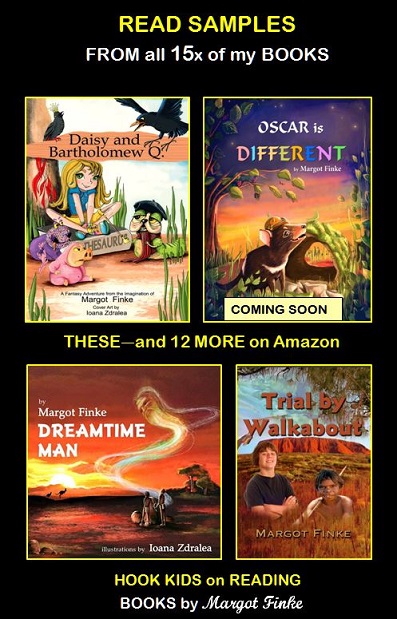 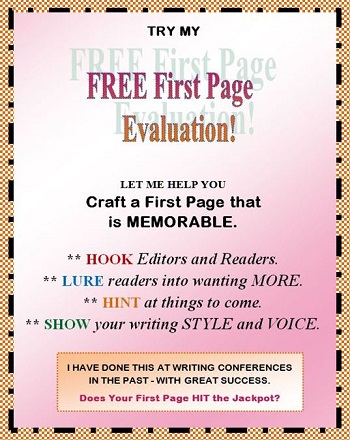 Will YOUR First Page HOOK Editors or Readers? 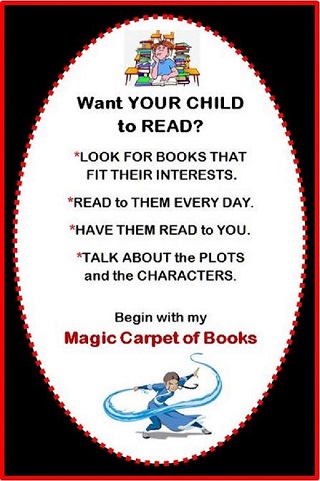 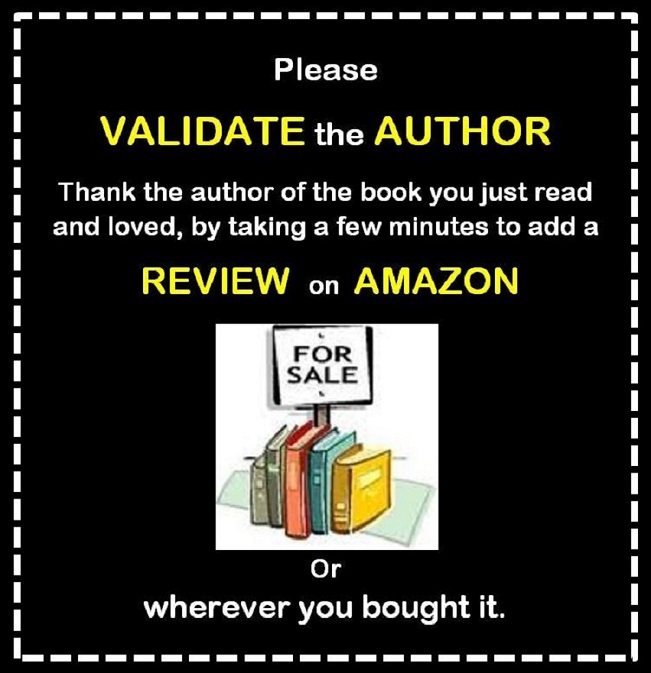 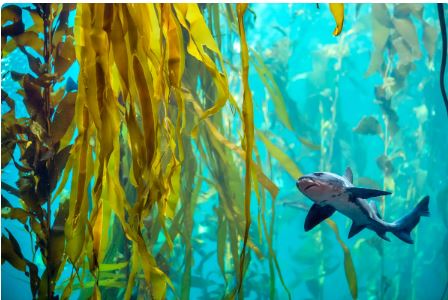 Find guided activities for parents, caregivers and educators to support children’s learning at home. + Feeding CAMS for your viewing pleasure. Closed to visitors due to Covid19. 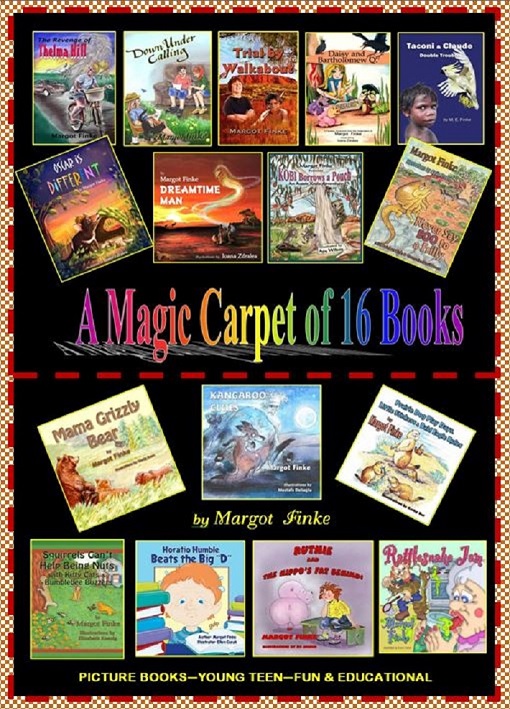 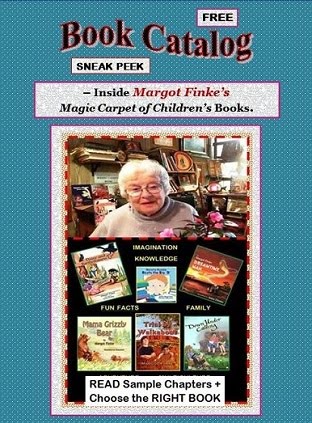 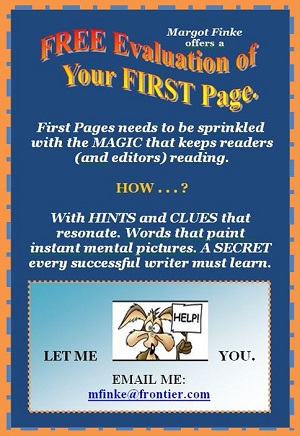 LEARN FROM A PRO 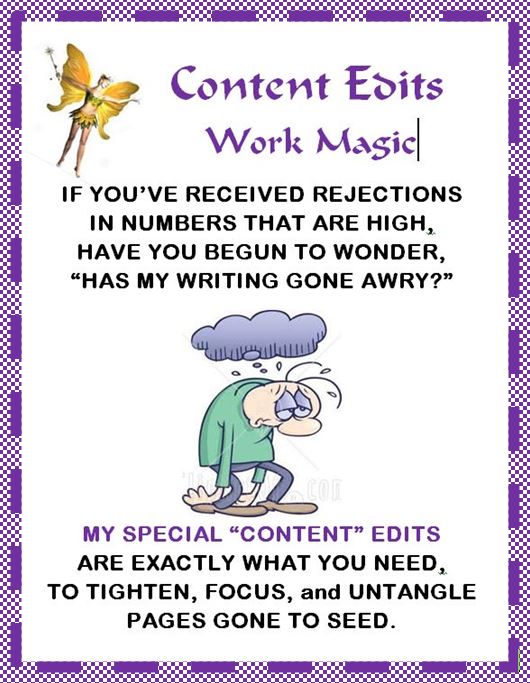 Learn from a PRO!